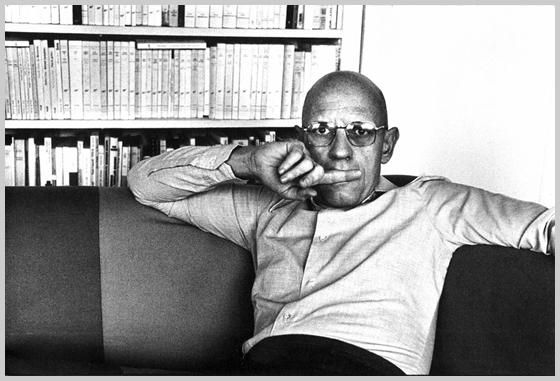 Michel Foucault was a French philosopher, sociologist and educator who had a profound impact on academic thought. Foucault is best known for his critical studies of psychiatry, the prison system and human sexuality.

Foucault was born Paul-Michel Foucault in Poitiers, France, the son of a prominent surgeon. He graduated from the prestigious École Normale Supérieure, where he earned degrees in psychology and philosophy. Studying philosophy with the distinguished Maurice Merleau-Ponty, Foucault was recognized as a brilliant emerging academic.

In 1960, Foucault became head of the philosophy department at the University of Clermont-Ferrard, where he wrote his groundbreaking book, “Madness and Civilization” (1961). Foucault earned his doctorate and met philosophy student Daniel Defert, who became his lover for 20 years. When Defert was deployed for military service in Tunisia, Foucault followed, and in 1965, took a teaching position at the University of Tunis. Foucault’s second major work “The Order of Things” (1966) was a best seller in France and established him as an esteemed intellectual.

In 1970, Foucault was elected Professor of the History of Systems of Thought at the Collège de France, the nation’s preeminent academic institution. He published “Discipline and Punish: The Birth of the Prison” (1975), his most influential book. Foucault founded the Prisoner Information Group to give inmates a forum to share their concerns. In the mid-1970’s, Foucault taught at the University of California, Berkeley.

Foucault worked on “The History of Sexuality,” a planned six-volume project. He completed three volumes, which were published shortly before his death. The first volume had a powerful influence on gay consciousness.

In 1984, Foucault died of complications from AIDS at age 58, leaving a legacy of important works affecting contemporary issues of LGBT identity.