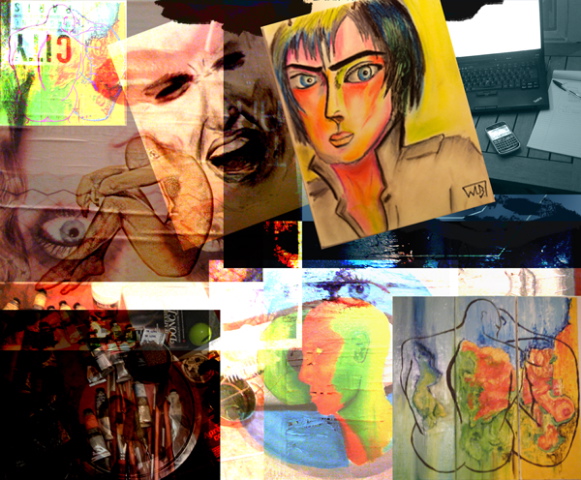 Firstly, let me explain why I felt I had to make this post. I am not at all a real-TV addict which I usually blame for exposing the worst side of human being. I am not either so eager to share my life with everyone — I take pride in myself for having less than 20 friends on Facebook.

Yet, there is a world of difference between feeling free to share but refraining from doing so and simply refraining because you feel you should. On one hand you’re the decision maker, on the other you walk a path set by others elected by you don’t know whom…

Looking back at how I came out and when, I can honestly say I belong to the lucky ones. Yet, since the very beginning the workplace has remained a place where I feel I walk on broken glass. Why? Simply because there is hardly ever smoke without fire, whether the fire is purely accidental or set by arsonists… My first job was at Lucent and I left to join Alcatel and then de facto ALU. My first 6 years were mostly in research then product development. Since then I evolved in the marketing/commercial domain. It appeared important to me to mention it, as both domains resulted in different experiences. During my technical years I almost evolved in an ALU only environment meeting mostly people from my team or working in a close domain. One would have thought that this would « help » the « sharing » part. This was in fact limited only to two people. 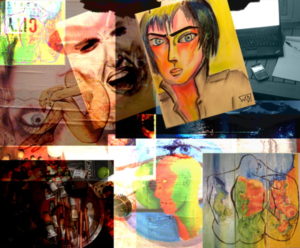 Regarding the first one, I took the initiative. With respect to the second person, this is probably the most unexpected and retrospectively the most hilarious « coming out ». This person was a contractor just recruited. It was his first day and since we went through the project requirements etc, this took more time than anticipated, and we finally went to lunch only the two of us since all the others had already eaten. I was drinking my glass of water when all the sudden the question came « Do you have a boyfriend? A girlfriend? » It was clear: all the words were important and so was their order. I remember looking at my glass of water, totally speechless, trying to figure out whether I was going to have a nervous laugh or remain calm. I finally remained calm stating I was single… which was actually a true statement at the time. This was fine for me, I was not lying but not answering his real question either. Yet after several months he brought up the subject again and I then was ok to share. He and his girlfriend live in the city and this is probably why it happened that way. He often asked me why I was so secretive at work. The reason is very simple, I did not always get this kind of positive experience.

Put it that way, if you can hear jokes on gays, sometimes it is very clear that people are not at all being homophobic, yet there is the laughing. The laughing is enough to refrain from sharing thereafter. Not because you are sure that the people involve are homophobic, just because you wonder what would be said about you, had they known. If you can hear gossips on a person that looks gay, this does not help the “sharing” either. If you get questions like “do you think he’s one of them?”, as much as you appreciate the person, enjoy working with this person and would not at all assume any homophobia behind the question, yet this is it, the “one of them” made the ground no longer secure and you will still refrain from sharing under any circumstances.

Then obviously, THE bad experience, imagine yourself walking in the city with your boyfriend, your boyfriend enters a shop, you decide to stay outside and all the sudden one of your work “acquaintance” with whom you had tough discussions on a project in the past appears before your eyes throwing at your face “now that I know, I can hold you back” and goes away. I was so surprised. This was the first time ever that I was confronted to such a situation. Additionally this was so ridiculous, we were not working on any close subjects, and most of all, should that take place there is a legal frame for this… Anyway, I was glad when he left the company. Yet this remains THE event that made me realize that my sexual orientation could get me into trouble. Amazingly and most probably because I belong to the “lucky ones”, this first encounter did not happen in my private space, it was linked to the workplace.

I then happened to move to more marketing / commercial positions which were a career choice. I did not think at the time that would mean somehow more exposure of your private life. You are confronted to many different people you don’t necessarily see on a regular basis. At some points, you are invited to events, purely internal or with customers. In both cases the words “feel free to bring your partner” still are a problem. So, I either attend pretending to be single — which can actually be the case- or I simply don’t attend, especially if the phrasing of the invite or the location is very “testosterony” In the end it sounds/looks like “he does not want to”… And raises questions / statements like “you never speak about your life”, “why don’t you share anything with us?”, “You never share anything about your life, I want to know why”. Now let’s be clear, this is a testimony not a witch hunt. I’ve done many different jobs and met many people during those 11 years. I don’t want this to end in a search for who may be concerned specially because the majority of those people have left or simply met under external events, and this would be extremely unfair to those who are still in ALU.

The sole and only purpose of this testimony is to make understand that this is not that easy, despite our diverse environment. Situations may in the end push you to show a totally different image than what you actually are. One of my close friends once mentioned to me “could you believe that for people I work with I am probably the guy only talking about work who has no life”. For me, it sounded absolutely hilarious… yet, not at all surprising.

So that said, why sharing? Simply because I feel I should not have to refrain from sharing…