We’re back this week with Ryk, our long-time board member and current Northern Illinois chapter representative – based in Naperville. 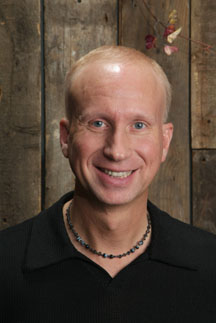 When I first heard about a LEAGUE at AT&T chapter forming at the Naperville/Lisle campus in 1990, I really wanted to join, but I was terrified about being identified as being gay and that it would lead to be harassed at work and losing friends. When my officemate, who was a straight ally of LEAGUE, started to explain to me in 1992 the significance of the Safe Space magnet that he had just received at a LEAGUE meeting, I knew it was time for me to be involved. I started attending meetings and helping without being visible. I then decided to march in the 1993 Gay Pride Parade in Chicago with LEAGUE and was seen by some high school friends who spread the word. I’ve been involved with LEAGUE and EQUAL! over the years in different leadership roles and I only have one regret and that is that I didn’t join sooner and that I can’t give more to the organization. One LEAGUE/EQUAL! leader once said that the work we were doing in the workplace was changing the world around us. I totally believe that since LEAGUE/EQUAL! was a pioneer LGBT corporate group which led the way for so many others and for positive changes in our workplace and in other companies.

What countries are on the top of your list to visit?

I’ve visited lots of countries, but the ones on the top of my list next are Australia, New Zealand and Greece. I’ve loved something about all the places that I’ve visited: Canada, Bahamas, Mexico, Panama, Costa Rico, Honduras, Belize, England, France, Italy, Spain, Germany, Austria, Switzerland, Poland, and China. I would visit some of them again after I finish going through my list of ones I haven’t seen and would like to see.

What is the craziest thing you’d do for the one you love?

I’ve always felt of myself as adventurist and as willing to try anything once, but two of the things that had always terrified me was being in water over my head and putting my face under water in a lake or ocean to see what was there. When my partner first suggested that we go snorkeling and scuba diving while on vacation in the Caribbean, I was at first terrified and then willing to do it for him. I first started snorkeling and found that I liked it. A couple years later I took scuba diving classes and we started scuba diving together. He still has to put up with my fear of sharks and with me running out of air in my tank first, since I breathe harder because of heightened anxiety, which forces him to come up with me sooner than he’d like.

I used to compete as a runner and bicyclist, and I loved to play softball, racquetball, and volleyball. I now do recreational sports: snow skiing, scuba diving, bicycling, and yoga.

The movies that make me laugh the most are Mr.. Mom, 50 First Dates, Blast from the Past, and George of the Jungle. I watch each at least 3-4 times a year and they still make me laugh. The movies that have made me cry are Terms of Endearment and Brokeback Mountain.