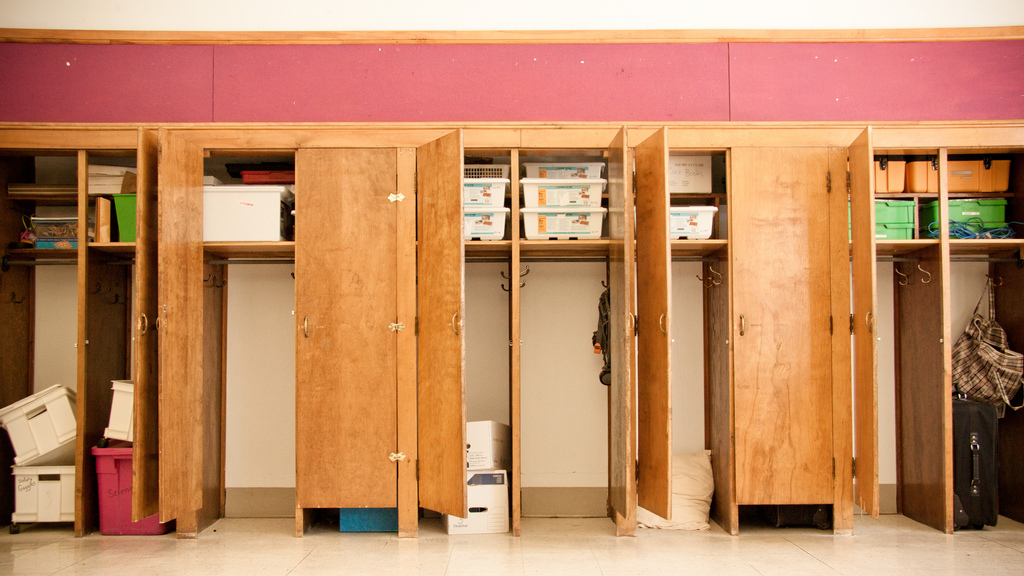 … Taking the risk of becoming Visible

Last night my younger daughter brought home her graduation photo samples. She will finish high school next May. I was amazed at how beautiful she looked in the pictures and how proud I am of her. But, she could not stop finding issues with minor things on her face and how her hair was so bad… I told her “You are too critical about specific details that you latch onto. I don’t see anything like that and I am sure your friends don’t pay attention to any of that.” Well, unfortunately most teenagers do and they are often pretty fast at pointing them out. “No matter what, and I don’t know why, but these things that you see on yourself, I don’t and I just love you for who you are. And I don’t know why.” I said. She stopped saying things and went on doing her rituals (texting, chat, gaming… As I’m sure other teenagers’ parents are very familiar with!).

I am always astonished at how trivial moments like this one are often a fine reflection of my own internal struggles. Isn’t it interesting that four weeks ago she was the one telling me, “Dad, what people think will have no influence on how I see you. People are more open now and it should not stop you from being what you desire.” We were in a restaurant back then and all I could reply was “You are the therapist1 of my soul!” We left the restaurant and she said, “If you ever decide to change something, I would like to be around.” I had received a similar reaction from her older sister a couple weeks before.

That lengthy spiral of doing small steps, letting go of shame layer by layer, started a year and a half ago at a visit to my doctor. After eight years of battling with depression, mood swings and suicidal ideation, I told him I decided to stop all Bi-Polar medications and that I had scheduled an appointment with a sexologist as there must be something related to my gender. “I have no more wishes or plans, and I hate everything in my life.” He then replied “I am sure there is at least ‘ONE’ thing that you really wish. There!!! You smiled! What is it?” He caught me thinking that the craziest thing I ‘desire’2 over anything else was “to be a woman.” His reply “This is it, you are a Transgender woman!” “But how come I am not attracted to men?” “There is no relationship between ‘Gender Identity’ and ‘Sexual Orientation’. No link and there is no medication to cure this. You are doing exactly the right thing by starting a therapy with a gender therapist.” It finally became very clear that there is a direct link between not addressing my ‘gender identity’ and the depression.

Since then, most doors I knocked at, have opened — some very widely… This can even be frightening at times. Of course telling friends allowed me to assess how comfortable they were (initially) with the news. However, with even the smallest transformations and affirmations that I carried out, over time, I first had to adapt to myself, so it is no wonder that I have to give time for others to adjust.

Coming out as Transgender person is a somewhat different experience than coming out as a gay, lesbian or bisexual individual. Why? ‘Gender Identity’ relates to a person’s own way (inward perception) of seeing his/her Gender, while ‘Sexual Orientation’ pertains to whom one is relationally attracted (outward) to at the emotional, romantic, and sexual levels3.

Given that it is not noticeable that someone is Gay or Bi, it is much easier to pass (being invisible or concealable4) in society. A Transgender person may or may not be, initially aware, of his/her own ‘Gender Identity’, just like most of us never question our own gender in life. She/he typically presents a Gender matching his/her assigned sex at birth but at the same time has a ‘concealable’ identity. At some point his/her social gender presentation (or Gender Expression) may become highly visible (one can not hide it anymore if she/he takes hormones, undergoes breast/facial surgery or changes body gender expression/clothing). People’s reaction (surprised, troubled) are not always masked when they see an individual whose body appearance/ presentation is somewhere in-between a man and a woman. This ‘disruptiveness’ of cultural norms contributes to creating a ‘Stigma’5 against the Trans community at large. These well known heteronormative expectations are the continual enforcement (through family, law, media, culture) and enactment (via performativity6) of gender binaries; hence there are only two possible genders (Male or Female) and nothing in-between. This creates more pressure on transgender people to meet those stereotypical expectations. The more non-binary identities are hidden, the more the erasure of those categories will happen.

The further I was hiding the way I was inside the less genuine I felt with my peers. The fear of being discovered or outed grew to a point that I could not stand it any more. It is always a relief (and most of the times, empowering!) to come out to someone.

For those who are troubled by my transition, I offer to explain it in the simplest words I can, and to help them to understand that it is sometimes as hard for me as it is for them.

Just like Anderson Cooper from CNN said when he came out:

“… the tide of history only advances when people make themselves fully visible.”

I truly believe that the only way humanity will survive is to embrace diversity and remove our culturally stereotyped assumptions against marginalized minorities.

October 11th is National Coming Out Day (NCOD): If you are “not out”, and need to tell somebody, I invite you to come forward to any EQUAL! Officer. A small email sometimes makes a big difference.