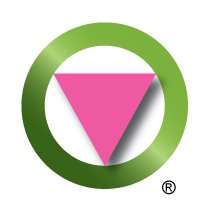 The EQUAL! logo is a registered trademark of EQUAL! and the Safe Space emblem is used to let colleagues know you support others in the workplace, regardless of their sexual orientation, gender identity, characteristics or expression. EQUAL! is an education and support group that addresses workplace environment issues affecting gay, lesbian, bisexual, or transgender employees and their friends and families.

How can I be supportive of my gay, lesbian, bisexual or transgender associates?

Most gay, lesbian, bisexual and transgender (LGBT+) associates remain closeted in the work environment. Often their coworkers are supportive, but do not want to risk making the LGBT+ associates uncomfortable and don’t know how to approach the subject.

These suggestions are offered to help all employees promote a work environment that is inclusive of gay, lesbians, bisexuals and transgender associates whether they choose to disclose or not.

Display a Safe Space emblem in your office.

Displaying this emblem will let others know you support full participation of all members of the workplace, regardless of sexual orientation, gender identity, characteristics, or expression.

Do not permit sexist, homophobic, transphobic jokes or comments.

Do not make comments or jokes, and step in when someone else does. These types of remarks are harmful and don —’t belong in the workplace. If you hear a co-worker talking inappropriately, let them know that you find the remarks offensive. This will reinforce your support of a “safe” workplace.

Do not assume everyone is heterosexual.

Although it is difficult to establish precise demographics figures, it is estimated that 5-10% of the global population are gay, bisexual or lesbian. Few of them fit the popular stereotypes of behavior and appearance. Likewise, it’s not safe to assume that people who do fit these stereotypes are gay or lesbian. Use inclusive language such as “significant other” or “partner”; and instead of asking if someone is married, ask if they are in a relationship.

Include significant others in work functions where spouses are invited.

If you know a co-worker is involved in a relationship, include his or her partner in the same work functions where spouses or dates are normally invited. When you’re conversing socially, refer to a domestic partner the same way you would refer to someone’s husband or wife. The terms partner and significant other are more inclusive than spouse. If you are unsure how to refer to someone’s partner, ask them.

Gay, lesbian, bisexual and transgender associates frequently feel invisible or alone. Many fear losing their jobs, reputations, and even their careers.

Respect the privacy of the individual. Coming out can be a difficult process for many LGBT+ associates. Even in a supportive environment, some people may never feel comfortable coming out. The value you add is providing a supportive workplace atmosphere without insisting that they self identify.

Unless they are not out (or tell you otherwise) transgender individuals should be addressed with their chosen name (& associated pronoun), regardless of whether it has been changed legally or within the corporate directory of the company in which they work. Ask to be sure if or when there are times it is not okay.

What can I do now?

Learn more about the issues. Take a workshop or class that is designed to help sensitize people to the concerns of their gay, lesbian, bisexual and transgender associates. Educational materials are available from many sources, including EQUAL!.

Display a “Safe Space” emblem in your work environment. Safe Space magnets fit well into the office environment and can be placed on your office door, desk, or cabinets. The Safe Space emblem shows your colleagues that your workspace is a “safe space” for LGBT+ associates.

Why the Safe Space Program?

Many employers have an equal opportunity employment policy stating that a person —’s sexual orientation, gender identity, characteristics or expression cannot be used as a criterion for personnel decisions. A comprehensive EO policy such as this confirms that an employer wants its gay, lesbian, bisexual and transgender associates to feel comfortable in the workplace and so they can perform at their best.

Even with a non-discrimination policy in place, many people remain unaware of the facts about gay, lesbian, bisexual and transgender associates. This can lead to an uncomfortable or openly hostile environment where employees feel forced to hide their sexual orientation or gender identity or anything that might reveal it. Isolation and fear results in reduced effectiveness in the workplace.

Conversely, managers and employees who want to be supportive of diversity often don —’t know how to show this support to gay, lesbian, bisexual and transgender associates.

The Safe Space Program was created to provide a way to send a message to all associates that the environment is supportive of gay, lesbian, bisexual and transgender associates, and that hostility will not be tolerated. Displaying a Safe Space magnet in your workplace creates feelings of comfort, teamwork, and acceptance, and leads to increased engagement of all employees.

Why the pink triangle?

The pink triangle is a widely-recognized symbol of gay pride and liberation, but its origins are in oppression. Homosexuals were among those persecuted in Nazi Germany; they were arrested, placed in concentration camps, and targeted for extermination. Just as Jews were forced to wear a yellow Star of David, homosexuals were identified by pink triangles. A quarter of a million died in places like Dachau. Even liberation by the Allied armies did not always bring freedom; often, gay prisoners were forced by the Allied powers to serve out their sentences in prison.

Today the pink triangle serves as a reminder of that suffering; a symbol of struggle, remembrance, and pride.

A Brief History of EQUAL!

EQUAL! dates back to the early 1980’s when a group of employees at AT&T met to discuss workplace issues for gay and lesbian people. EQUAL! was created in 1996 when Lucent Technologies was formed from AT&T, and continues in Nokia since the acquisition of Alcatel-Lucent in 2016.